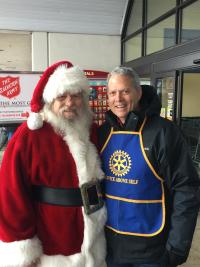 John and Matt, along with many other Rotarians, spent this tremendously cold saturday ringing the bell for to raise money the Salvation Army.

November 28, 2017 - John Weibler is recognized as a Paul Harris Fellow 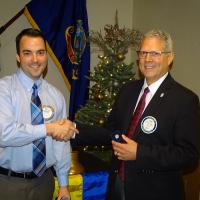 John Weilber was recognized at a recent Rotary Club meeting as a Paul Harris Fellow. This honor recognizes someone who has outstandingly demonstrated a shared purpose with the objectives of the Rotary Foundation and today the club is honoring John Weibler for achieving the level of Paul Harris fellow. 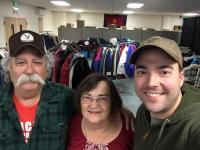 Pictured here is Matt distributing winter coats to those in need along with Bev Endebrock and Rob Minervini.

John and Matt's Rotary club has, over the past several weeks, collected and distributed hundreds of winter coats for people in our community who will need them in the coming months. If you're interested in donating some of your winter coats in the future, the collection starts around the beginning of October and the locations include St Joeseph Regional Medical Center, all P1FCU locations, Rosauers, North 40, and Albertsons. Distribution take place on the Saturdays leading up to Thanksgiving at the Salvation Army. 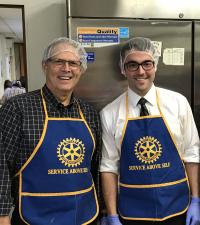 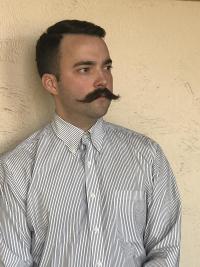 If you've been into our office this past year, you've likely noticed my new facial hair. I started growing my mustache last year. I was complimenting a friend on his stache and he pointed out that he started based on Nathan Alford's challenge. 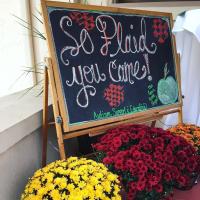 Weilber Financial hosted a site for the Green Apple Project's 2017 Campfire Tour. The evening included live music, Riverport beer, food from Cafe Reuben, and some of Jackie's delicious homemade cupcakes. The Green Apple Project is the result of two mothers who realized they wanted and needed a little more support raising their sons with autism. Through a tremendous amount of research, passion and dedication they founded the Green Apple Project.

July 5, 2017 - Matt Weibler is the new President of the Lewiston Rotary Club 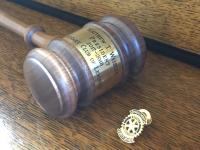 Matt has began his year serving as the President of the Lewiston Rotary Club this week.